The difference between sonogram and ultrasound

▴Ultrasound is a tool used to take pictures.

▴A sonogram is a picture produced by ultrasound.

▴Sonography is the use of an ultrasound tool for diagnosis.

In short, ultrasound is the process, while sonogram is the end result. 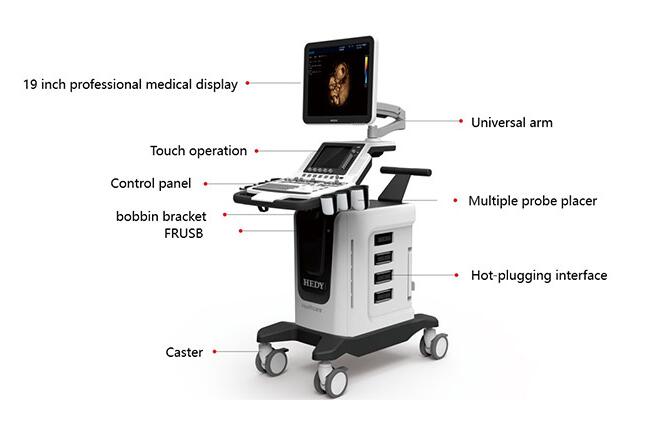 Ultrasound is a non-invasive, painless procedure. It uses high-frequency sound waves (called ultrasound) to produce images of organs, soft tissues, blood vessels and blood flow from the body. These images are used for medical analysis.

After X-rays, ultrasound is the most commonly used form of diagnostic imaging. It helps doctors gain insight into the inner workings of the body, and it is safe, non-radioactive, non-invasive, portable, widely accessible, affordable.

A medical sonographer often called an ultrasound tech, is someone who has been trained to use diagnostic ultrasound imaging techniques (sonography). They provide doctors with detailed images of what is going on inside a patient's body.

How does ultrasound work?

Variations of ultrasound include:

▴Doppler ultrasound can be used to measure and visualize blood flow in the heart and blood vessels.

▴Elastography is used to distinguish tumors from healthy tissue.

▴Therapeutic ultrasound is used to heat or break up tissue.

▴High-intensity focused ultrasound (HIFU) is designed to destroy or alter abnormal tissue in the body without opening the skin.

Most ultrasound is done using a transducer on the surface of the skin. Sometimes, better diagnostic images can be generated by inserting a special transducer into one of the natural openings in the body.

▴A transvaginal ultrasound uses a transducer wand placed in the woman's vagina to obtain images of the uterus and ovaries.

▴Transrectal ultrasound, which is sometimes used to diagnose prostate disease, uses a transducer rod placed in the rectum.

▴Transesophageal echocardiography uses a transducer probe in the esophagus to obtain images of the heart.

What are ultrasounds used for?

Possibly best known for confirming and monitoring pregnancy, ultrasound is also often used by physicians to do the following things.

Doctors use ultrasound imaging to help diagnose conditions affecting the body's organs and soft tissues, including:

Abdomen, liver, kidneys, heart, blood vessels, gallbladder, spleen, pancreas, thyroid, bladder, chest, ovaries, testicles, and eyes. Ultrasound has some diagnostic limitations. For example, sound waves do not pass well through areas that may contain gas or air (such as the intestines) or areas that are blocked by dense bone.

Ultrasound imaging can help with visual guidance when a physician needs to remove tissue from very precise areas of the body (e.g. needle biopsy).

Next: What are the differences between radiography and fluoroscopy?